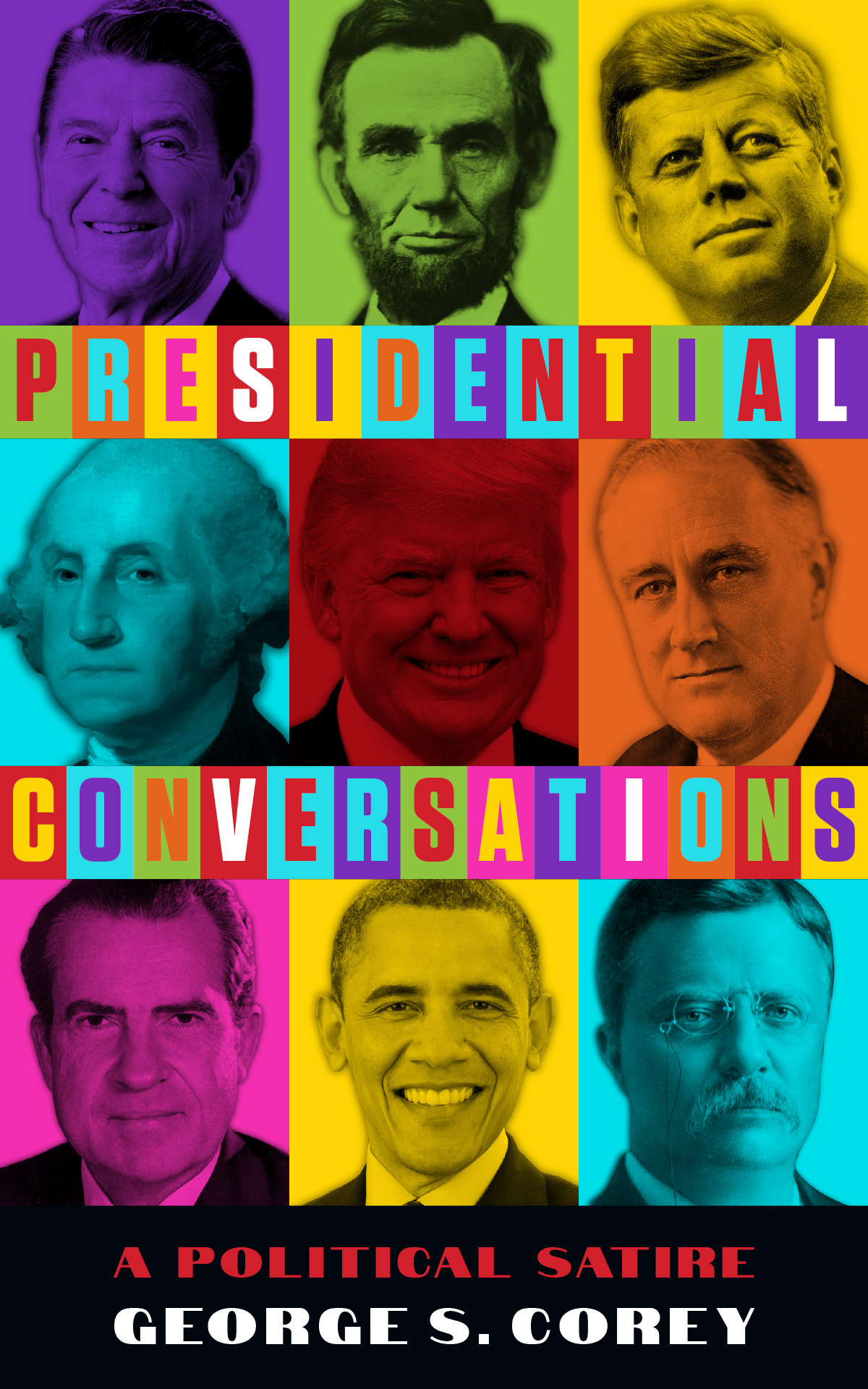 “Donald Trump, meet Ebenezer Scrooge. Like Scrooge, Trump is visited by the ghosts of presidents past who admonish him for his errant ways. Scrooge was ultimately redeemed. Is Trump redeemed? Read the book and find out.”
BILL SCHNEIDER

Presidential Conversations is a stunningly inventive political satire that imagines encounters between President Trump and 18 of his predecessors — from George Washington to Barack Obama. On the eve of the 2020 presidential election, Trump bonds with kindred spirit Andrew Jackson. He hitches a ride with Richard Nixon in Nixon’s custom 1972 Lincoln Continental presidential limo. He gets to mix it up again with the Clintons, and trades barbs with JFK. He even croons along with the Roaring Twenties Republicans, a singing trio featuring Presidents Harding, Coolidge and Hoover. In Presidential Conversations, author George S. Corey has crafted a timeless and revealing work of political satire spanning more than two centuries of the American presidency.